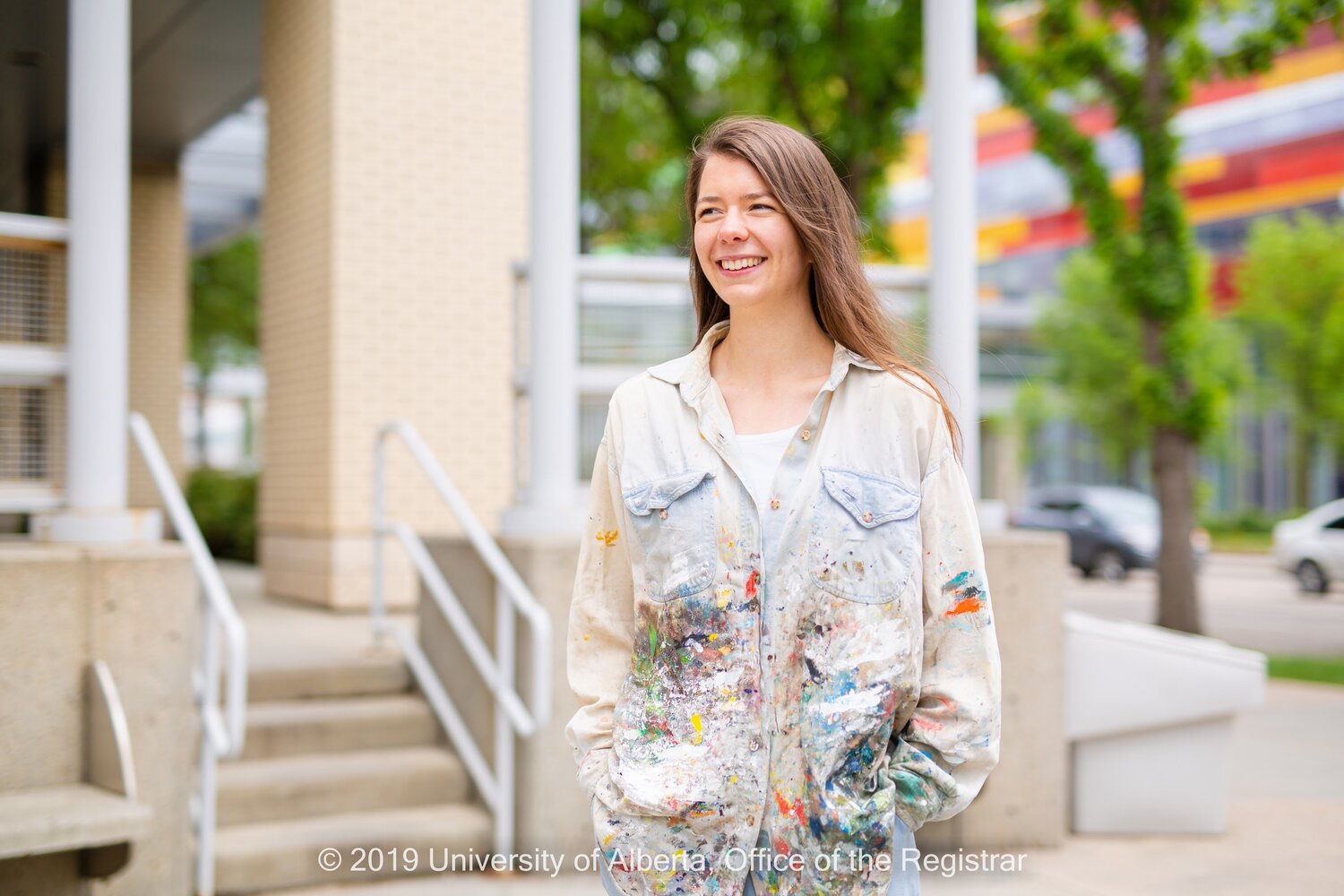 Stephanie Dalmer (Perrin) had plans to attend medical school, but as an Art and Design major she knew that she needed to get some scientific or medical research experience beforehand. Luckily her neighbor and pediatric cardiologist, Dr. Simon Urschel caught wind of her plans and offered to be her summer research supervisor.

Urschel had a problem and needed a unique perspective. In his practice he observed that teenaged transplant recipients were dying at disproportionate rates from organ rejection compared with other age groups. These were kids who had transplant surgeries when they were very young and were struggling in their transitions into self-managing their health. Depending on the organ, transplant patients are must follow strict exercise, diet, and medication regimens to prevent organ rejection. No one could decipher why teens were struggling to manage their health to the point that they had much higher rejection rates and previous strategies to curb this problem were unsuccessful.

Stephanie was tasked with finding the root cause of the non-adherence rates in teens, and then to use her skills as an artist to create something that would reach them. The final product, a graphic novel called “The Cure,” has since garnered huge interest from the medical/scientific community, won awards, and most importantly, got some great reviews from her discerning target audience.

For Stephanie, committing to this project was exciting, but nerve-wracking because she had no research experience and minimal coursework in human health. Still, Dr. Urschel took a very hands-off approach in his role as a supervisor. He put his complete trust in her. During her interviews with the teen patients, their parents, and the relevant health providers, it became clear to her that ultimately everyday teenage rebellion was root cause of the teens’ organ rejection.

“I was able to get important nuggets from all the different voices I heard, and I was able to reconcile them in the story. The parents were concerned about their teen’s lack of perspective; their kids just didn’t seem to understand how serious their post-transplant condition was to take proper care of themselves. The teens stated that they weren’t bothered by the post-transplant lifestyle itself, and they knew what the regime was. They were resistant to do what their parents wanted them to do because they were tired of all the nagging. The health professionals also saw the tensions brewing between parents and teens, and were able to share their own insights.”

When the team started the research, they had planned to develop a brochure rather than graphic novel. However, after the interviews, Stephanie knew an information brochure with recommended guidelines was the last thing these kids would read. She needed to create something that provided important and accurate information, but communicated it in a subtle way that would engage the teens, and not come across like a set of instructions. This meant picking and choosing just a few critical health messages that these patients needed to hear.

“Simple is better sometimes. Sometimes it needs to be just a little information at a time. Otherwise, it becomes overwhelming and that doesn’t work. People don’t remember that much, and it takes away from the story.”
The Cure is now completed, printed, and being evaluated now to learn whether the story and the graphic novel format resonate with teens. So far, the response to her work from the medical and scientific community has been only positive.
“I was expecting, especially in oral presentations, for people to raise their hands and ask ‘so what’s the evidence?’ But the response has been ‘we need that!’”

Hearing the medical community validate her work was amazing, but better yet were the positive reviews she received from kids she met at a Pediatric Transplant Camp.

Although she has no doubts about how great this experience was, Stephanie admits she also faced numerous challenges. Dr. Urschel was Stephanie’s scientific supervisor, but she also had a supervisor from the Faculty of Arts, Jesse Thomas. Working on a “fringe” project, with two supervisors from vastly different disciplines made it challenging to find a grant she was eligible to apply for. She applied for three, but it involved navigating administrative rules that never considered the possibility of an interdisciplinary project. In the end, the project was successfully funded by a URI Undergraduate Researcher Stipend from the University of Alberta, and a Quality Improvement Initiative Grant from the Stollery Children’s Hospital.

Another challenge was simply how time-intensive the project was. Stephanie planned to complete the work over a full-time, four month summer period. However, that was not enough time to perform the research, and draw/write the 40-page graphic novel.  She had to continue working on the project throughout the following fall semester.

“The Faculty of Arts was very gracious, and they created a course for me so that I could continue working on the project a few hours a week, and receive credit for my efforts.”

Stephanie does attribute some of that extra time to the fact that it was her first time doing something like this. She knows that if she were to do a similar project again, she would have the confidence and knowledge to complete it more quickly.

With her new-found experience and wisdom, Stephanie has the following advice for researchers/clinicians who think this might be the way to best communicate with their patients:

“It’s important that you use someone who has an artistic background; don’t try to go it alone. The artist brings the creative expertise that results in a better end-product. They also bring in a different perspective and an understanding of what the audience will respond to. Also, the earlier you can bring your artist into the research process, the better. When artists create art, it’s from a sense of experience, from something they know. Listening to the teens really changed the way I thought about some things; my own unconscious bias changed. Without that exposure to the patients and the research process, that inaccurate bias I had would have found its way into the graphic novel.”

With that type of advice, she recognizes that bringing an artist into a big project, such as a graphic novel, will be cost prohibitive for most researchers. Based on her own experience, though, she thinks the solution may lie with students. By including fine arts students, the financial burden on the researcher eases, and the students become better artists through their exposure to different disciplines and experiences. For that to become the norm though, more dialogue between the different faculties is needed, as well as, a funding source that considers unique, interdisciplinary projects such as “The Cure.”

Thanks for sharing your experience with us, Stephanie! We’re always keen to hear about new approaches to KT in health. That wraps up our series on graphic stories as KT tools. If you have approaches that you are curious to know more about or that you want to share with the community, please reach out to stephaniebrooks@ualberta.ca with your ideas!

The Alberta SPOR SUPPORT Unit operates on and acknowledges the lands that are the traditional and ancestral territory of many peoples, presently subject to Treaties 6, 7, and 8. Namely: the Blackfoot Confederacy – Kainai, Piikani, and Siksika – the Cree, Dene, Saulteaux, Nakota Sioux, Stoney Nakoda, and the Tsuu T’ina Nation and the Métis People of Alberta. This includes the Métis Settlements and the the Métis Nation of Alberta. We acknowledge the many First Nations, Métis and Inuit who have lived in and cared for these lands for generations. We make this acknowledgment as a reaffirmation of our shared commitment towards reconciliation, and as part of AbSPORU’s mandate towards fostering health system transformation.